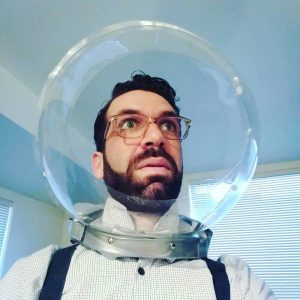 Jesse is a science fiction fiend, musician, composer, producer and performer. He is the creator of the ongoing SciFi Project, a multi-media collection of original work including his synthpop album (creatively titled ‘SciFi’), music videos (of which Relativity has been featured in three film festivals), the weekly podcast SciFi with Jesse Mercury, and SciFi on Trial. As a performer he has been a member of glam-punk phenomenon Mugatu, The Johnny Unicorn Jam Unit, Super Famous, and The Tiny Baby Talk Show. He started SciFi on Trial as a means to let go of his hatred for Phantom Menace, lest it turn him to the dark side.

Jesse hosts each episode and produces the show. He also composed and recorded the theme music. 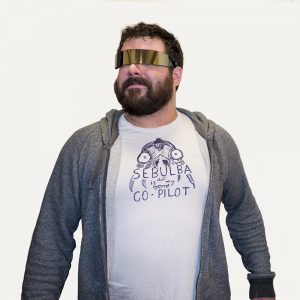 Ryan Casey is a writer and performer of comedy in Seattle, WA. He has appeared on a multitude of podcasts, internet radio shows, and even spent an entire year on an FM radio morning show. He is Episode One Guy on Twitter, a lunatic who loves Phantom Menace more than any other film. As far as having a competitor’s edge, he came in exactly third in the 2011 Madison’s Funniest Comic Competition at The Comedy Club on State in Madison, Wisconsin. Not bad really. He is a founding member of RadioLARP, a sometimes sci-fi sometimes superhero purportedly entertaining radio play. 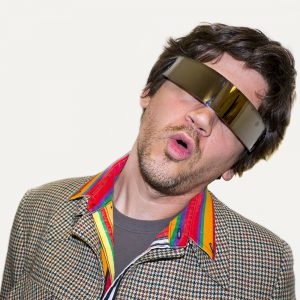 Johnny Unicorn is a psychedelic prog/pop musician and performer. His albums are intense journeys through cosmic madness. He has performed across the country with his Jam Unit, and is the keyboardist for the well known prog musician Phideaux. He hosts his own podcast, The Johnny Unicorn Show, in which anything is possible. His refreshingly tolerant attitude towards the Star Wars prequels is a curiosity that cannot be ignored. 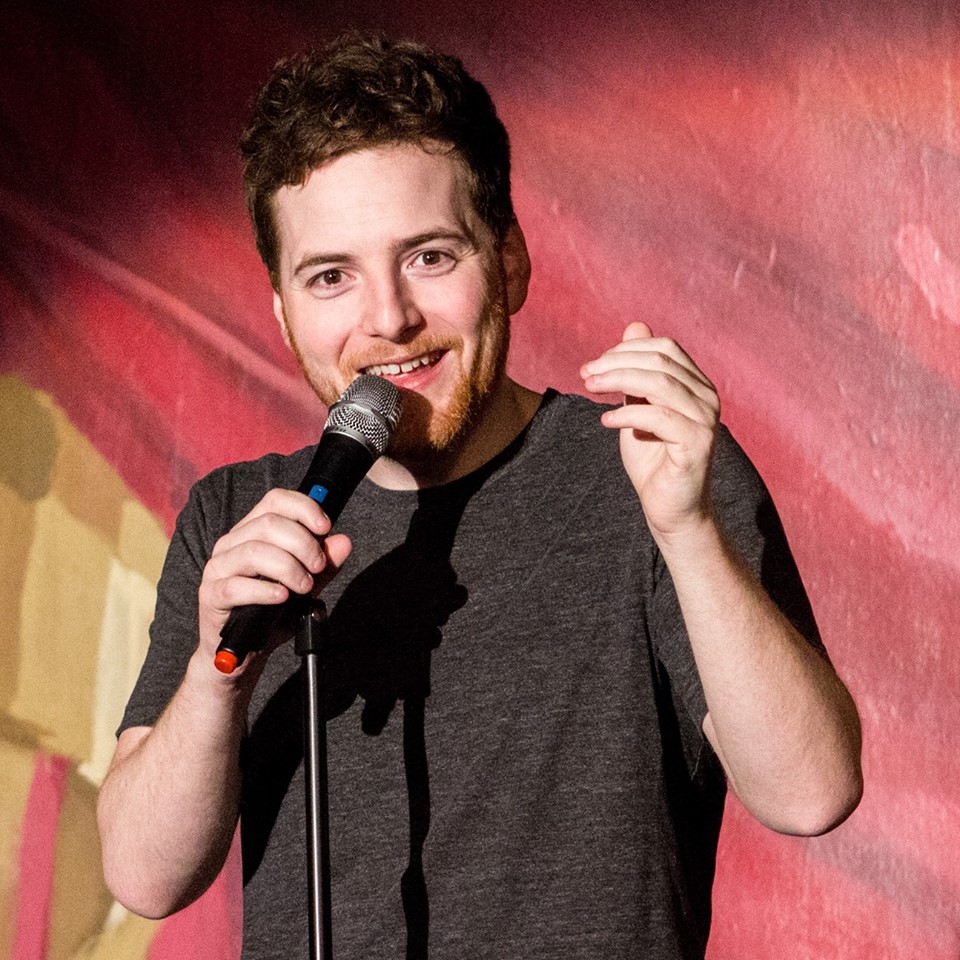 Born in Texas and raised in Augusta, Georgia – Billy Anderson is stand-up comedian currently living in Seattle, Washington. He’s been seen regionally at SketchFest Seattle, The Washington Comedy Festival, Bumbershoot and was a finalist in the 2016 Seattle International Comedy Competition. Outside of the Northwest, Billy has written for Cracked.Com, performed in SF Sketchfest, LaLaFest Los Angeles, the San Francisco International Comedy Competition and as of 2013 he has performed stand-up comedy in every US state. Billy was recently featured on Audible’s “Sounds Like America” hosted by Jackie Kashian and the syndicated program “Laughs” on Fox television. Come see him each month at the Gateway Show.

Participated in the trial of:
The Happening 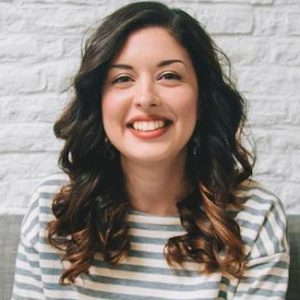 Jean Burnet is a writer in Seattle. Her work has appeared in the Los Angeles Review, Brevity, The Toast, and ELLE Magazine among others. She blogs about pop culture and music at Three Imaginary Girls.

Participated in the trial of:
Armageddon 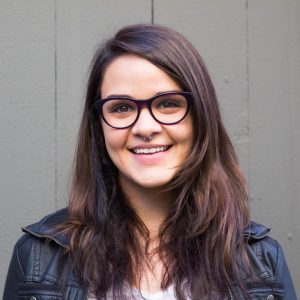 Born and raised in Wisconsin, Anica is a Seattle based comic and erstwhile SciFi enthusiast. She began her comedy career in the back of a Thai restaurant, so she’s pretty much got this multiculturalism thing on lockdown. She can be heard in episode 9 of SciFi with Jesse Mercury reading and discussing the Harlan Ellison short story, “I Have No Mouth, and I Must Scream,” and episode 15 discussing the Terry Gilliam film Brazil.

Participated in the Trial of:
Howard the Duck
The Happening 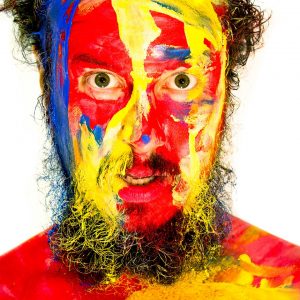 Daniel is a writer, comedian, actor and musician. He can currently be seen in Town Hall, an interactive discussion show broadcast live on Periscope. He co-created The Tiny Baby Talk Show with Daniel O’Connell, and lives forever as the immortal D-Lux in Mugatu. His solo music project, His Many Colored Fruit, is music specifically for cats, daydreamers, lollygaggers , silly billies, uptight business men that need to be dominated in the bedroom, shiny boys, doe-eyed anime gurrlz, and Justin Minich.

Participated in the Trial of:
Back to the Future Part III 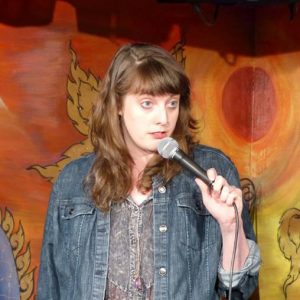 Maddie is a stand up comedian, podcaster and actress. She co-hosts Sexual Awake’n’Baking with Natalie Holt, and starred as J’Beverly in the Tiny Baby Talk Show. She is also the co-creator, writer and star of the comedy webseries Northern Belles.

Participated in the trial of:
Howard the Duck 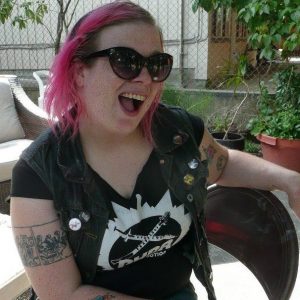 Kayla is a writer, pinball enthusiast, artist and podcaster living in Seattle. She can currently be heard hosting a pinball podcast called the Skill Shot Pincast, and writing for Skill Shot Zine, Razorcake magazine, and New Noise magazine. In her free time she also knits, draws, writes for herself, runs and plays in pinball tournaments, and occasionally finds time to sleep. She loves reading / watching / listening to media in the realm of scifi, horror, mythology, and dry comedy.

Participated in the trials of:
Indiana Jones and the Kingdom of the Crystal Skull 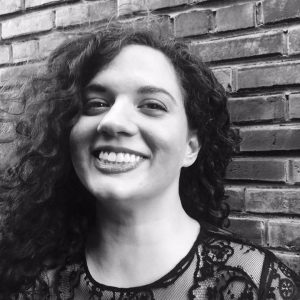 Natalie is a stand up comedian and podcaster. She co-hosts Sexual Awake’n’Baking with Maddie Downs, a podcast in which comedians shoot the breeze about the birds and the bees while smoking a j (or drinking a beer, or just relaxing).

Participated in the trials of:
Indiana Jones and the Kingdom of the Crystal Skull
Armageddon 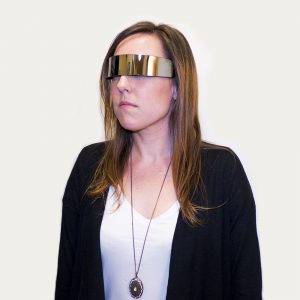 Jennie Krantz is a lifelong Star Wars fanatic, who’s penchant for engaging in prequel bashing with strangers at bars resulted in her position on this show. She grew up from a super shy socially awkward child to a super outgoing socially awkward adult. She is an artist who paints Star Wars scenes onto shot glasses, and a Tolkein enthusiast with a LOTR tattoo. She used to do advertising sales and business development at artnet.com and then Vanity Fair magazine, and now works as the event coordinator at Rendezvous, Seattle. She is passionate about elephants, llamas, manatees, the mighty platypus, and has a kickass cat named Dr. Strangelove.

Participated in the trials of:
Star Wars Episode 1: The Phantom Menace 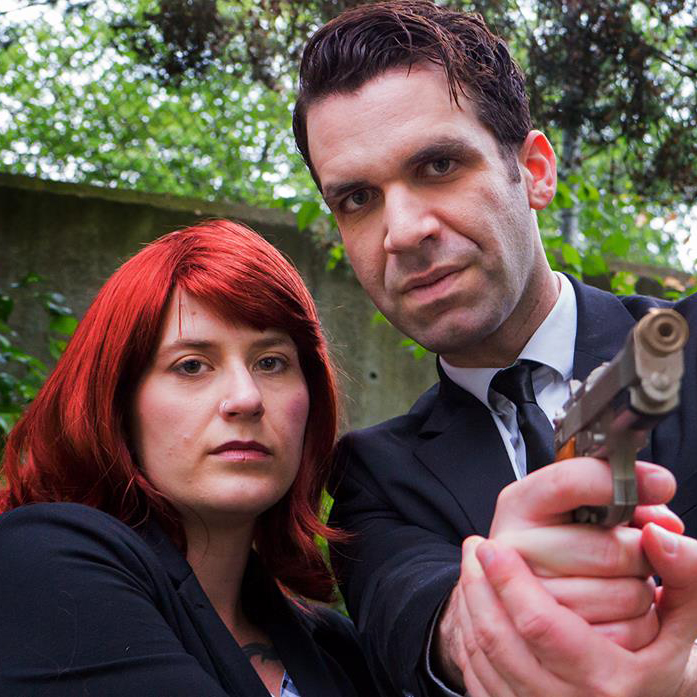 Participated in the trials of:
Prometheus 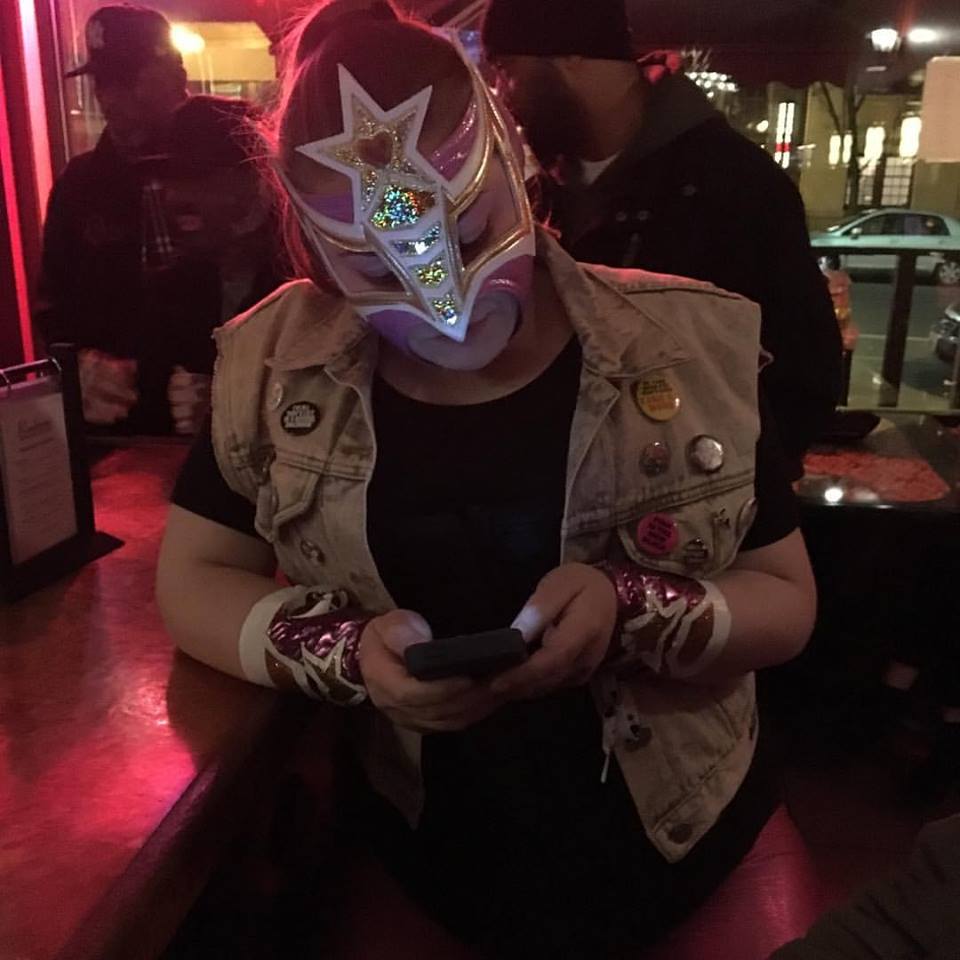 Allison Lizotte is a stand up comedian, actress and performer. She has been featured in the Tiny Baby Talk Show, RadioLARP and Water Talk.

Participated in the trials of:
Prometheus 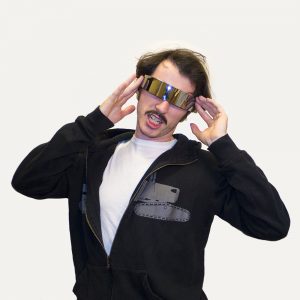 Daniel O’Connell is a Seattle based comedian. He’s been doing stand-up across the Western Seaboard since he was 19. He’s a producer for Punchline Comedy Shows and a co-creator of The Tiny Baby Talk Show, a live sitcom dressed up as a talk show performed in a deli. He thinks you should probably watch The Tiny Baby Talk Show because it’s available in webseries format on YouTube. He’s performed in and produced shows in Seattle Sketchfest and Bumbershoot. He’ll also probably be appearing in the upcoming Web Series “Northern Belles“, barring a sudden tragedy. (Horrific train crash, them cutting his part, etc.) He likes Biscuits and Gravy, but prefers it to be home made, and typically regrets it whenever he orders it at a restaurant. He just wants you to like him.

Participated in the Trials of:
Star Wars Episode 1: The Phantom Menace (Co-Host)
Back to the Future Part III
Guardians of the Galaxy 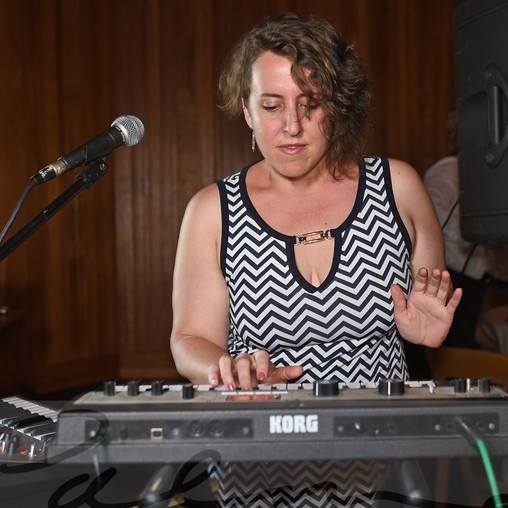 Naomi has been a sci-fi geek since childhood. One of their top three moments in life was when Kate Mulgrew called them “sweetie pie” at a Star Trek convention at the age of 12. Naomi sings and plays synthesizers for Rat Queen and Johnny Unicorn, as well as being the alto section leader for the Seattle Jewish Chorale. When not rehearsing or performing music, Naomi can often be found hosting games at Locurio, an enchanting escape-room venue in Seattle. Their favorite leisure activities include helping to produce videos and shows, hula hooping, reading sci-fi and fantasy, and making paper flowers.

Participated in the trials of:
Guardians of the Galaxy