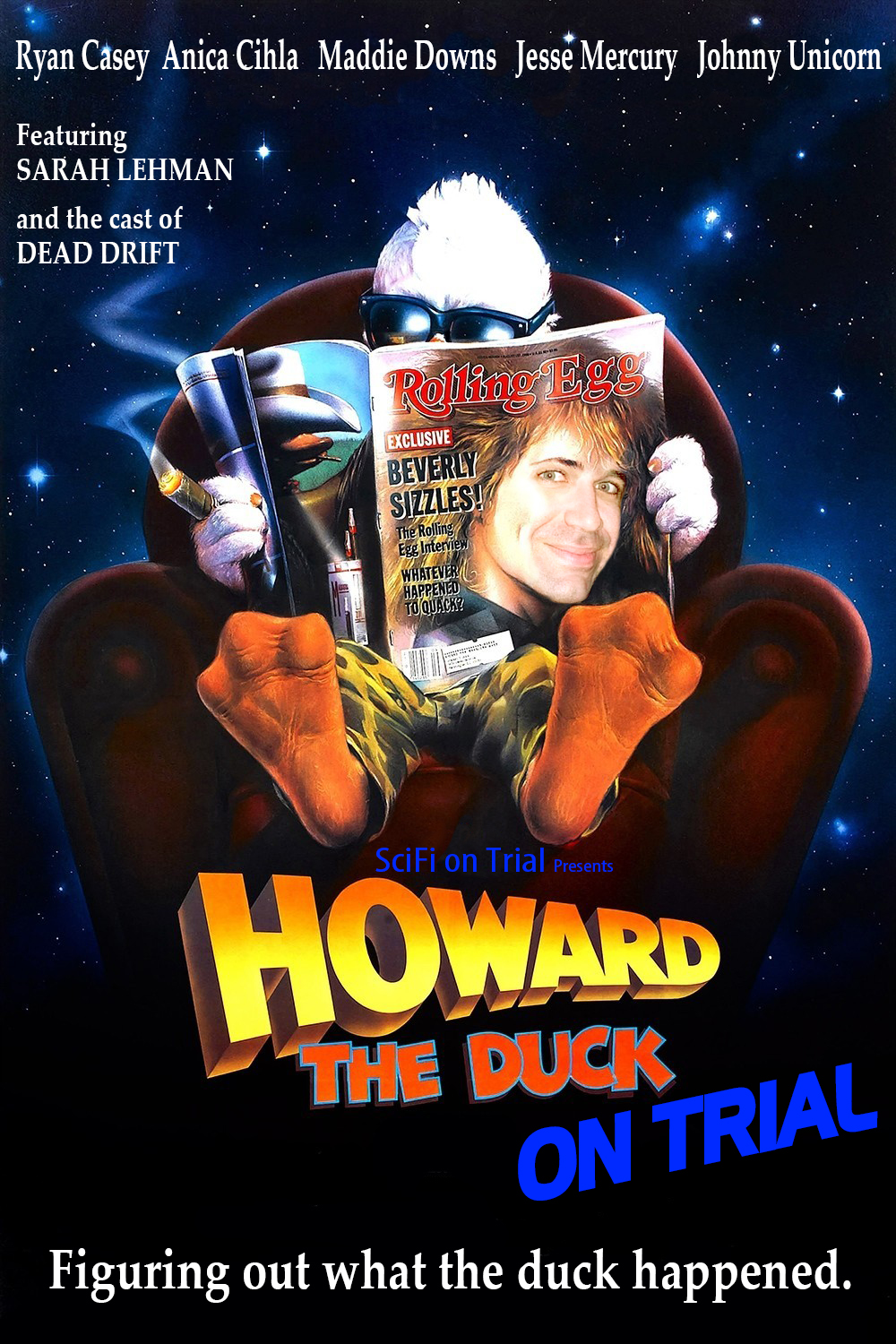 In 1986 Howard the Duck waddled onto the big screen, and the multiverse has never been the same. Considered to be one of the biggest flops of all time, this film has become synonymous with bad writing, box office failure, and an egregious bounty of duck jokes. 30 years later, SciFi on Trial takes a second look to determine if this film is remembered fairly. Jesse Mercury hosts a panel discussion with Anica Cihla, Ryan Casey, Maddie Downs and Johnny Unicorn to dissect the film’s reputation. Featuring an interview with Sarah Lehman, and a special message from the cast of Dead Drift.